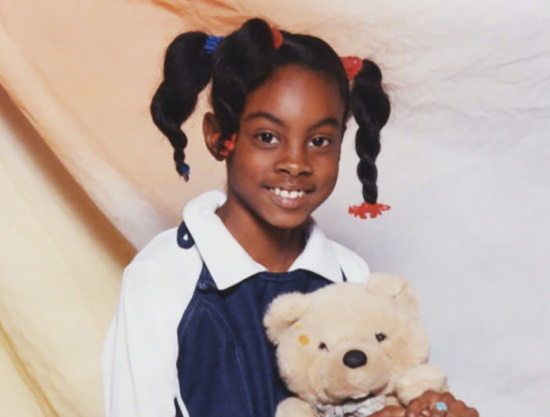 9 year old Asha Degree disappeared on February 14, 2000 from Shelby, North Carolina. For reasons unknown, she packed her bookbag in the early morning hours and left her family home.

Asha was born on August 5, 1990 to parents Harold and Iquilla Degree. The couple married on Valentines Day in 1988, and had a son, O’Bryant in 1989, and Asha the following year.

The family lived in an apartment on Oakcrest Street in Shelby, North Carolina, on the western side of the Charlotte metropolitan area.

Asha’s parents worked nearby, and she and her brother O’Bryant would let themselves in after school and do homework or visit relatives until their parents returned home. Their life centered around their extended family, church and school.

Asha is described as being shy and a very good student with a happy home life. At the time of her disappearance, she was in fourth grade at Fallston Elementary School.

The basketball team she played for lost a game the day before she disappeared, which she was upset about, but after awhile she seemed fine and ended up watching her brother’s game.

At some point in the early morning hours she got out of bed, and left the house with a bookbag she had previously packed with several sets of clothes and personal items.

The night prior to Asha’s disappearance she and her brother went to church from a relative’s home before returning home in the evening. They both went to bed around 8:00 pm. Asha shared a room with her brother O’Bryant, who says he heard noises during the night and assumed she was tossing in her sleep.

After returning home from work around midnight, their father checked on them at approximately 12:30 am and 2:30 am, and saw both of them asleep in their beds.

At 6:30 am Asha’s mother went into their room to wake them up for school and discovered Asha was missing. The family immediately contacted the authorities and an extensive search of the area was conducted, with authorities finding no clues as to her whereabouts.

After seeing reports about her disappearance on the news two motorists reported seeing Asha walking south on Highway 18 between 3:30 and 4:15 am, about a mile away from her home.

One of the motorists stopped and turned around because it was so strange to see a small child out by herself at that hour, but when he circled back to find her she reportedly ran off into the woods.

On February 17, 2000, three days after she disappeared, Asha’s pencil, marker and Mickey Mouse hair bow were found in the doorway of a tool shed at Turner’s Upholstery on Highway 18. They were found a mile from her home, near where motorists last saw her walking in the early morning hours of February 14.

A search of the area failed to produce any additional evidence.

In August of 2001 construction workings building an access road found Asha’s book bag buried off Highway 18, more than 26 miles from her home. The bag had her name and telephone number on it, and had been double wrapped in black plastic bags. A pair of men’s khakis and some animal bones were found nearby, but no additional clues as to Asha’s whereabouts.

The bag was sent to a federal laboratory for testing, but the results have not been released.

In February 2015, the FBI announced that agents were re-examining the case, and offered a reward of up to $25,000 for “information leading to the arrest and conviction of the person or persons responsible for her disappearance.”

After the re-examination of the case in 2015, tipsters said they may have seen Asha getting into a green 1970’s model Ford Thunderbird or Lincoln Mark IV with rust around the wheel wells. The FBI is looking for anyone who knew someone with that car at the time she went missing.

In 2018 the FBI announced two new pieces of evidence; inside Asha’s bag they found a t-shirt featuring the band New Kids On The Block and a children’s book, McElligot’s Pool, by Dr. Seuss. Neither of the items belonged to Asha, though the book was from the library at Asha’s school, Fallston Elementary.

While the circumstances regarding her disappearance seemed to suggest she was running away, authorities could find no clear reason for her to do so.

Authorities consider Asha’s disappearance a criminal matter, and foul play was suspected once her bag was discovered buried 18 months after she went missing.

No suspects have been named in Asha’s disappearance, and her case remains unsolved. 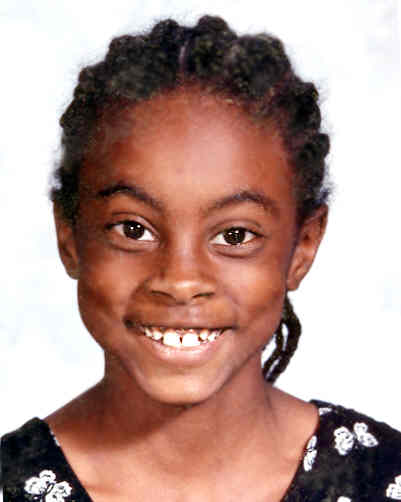 Physical Description:
African American female born on August 5, 1990 with black hair and brown eyes. She stood 4’6 and weighed 60 pounds at the time of her disappearance.

Her ears are pierced and she has a chicken pox scar in the middle of her forehead.

Clothing & Accessories:
Asha is believed to have been wearing a white night shirt with a teddy bear on it, acid washed jeans, and size 3 white Nike tennis shoes when she disappeared. She is also thought to have been carrying  Tweety bird purse and a black backpack.

If you have any information regarding the disappearance of Asha Degree please contact the Cleveland County Sheriff’s Office at (704) 484-4822.

The FBI is offering a $25,000 reward on top of the $20,000 being offered by the Cleveland County Sheriff’s Office to help find Asha.