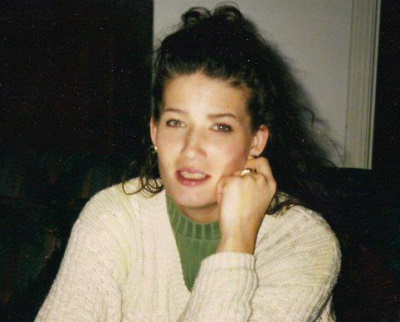 30-year-old April Pitzer was last seen in Newberry Springs, California on June 28, 2004. She disappeared in the Mojave Desert shortly after deciding to move back with her family to her home state of Arkansas.

April Beth Pitzer was born on February 19, 1974, in Arkansas to mother Gloria Denton. As her mother was only nineteen when she gave birth, April stayed with relatives for most of her childhood.

When she turned twenty-two, April was arrested for driving while intoxicated. Two of her friends were also in the car and had methamphetamine on them. In exchange for dropping the charges, April agreed to be a drug informant for police and infiltrate a drug ring.

When her identity became compromised April left town. She moved to Fort Worth, Texas where she married husband Chase Pitzer with whom she had two daughters.

When she was pregnant with her first child, April was summoned back to Arkansas by the Drug Enforcement Agency to testify as a federal witness against the methamphetamine drug ring she had infiltrated years ago.

Her testimony led to the conviction of thirty two people, but April began to suffer from paranoia and was later diagnosed with bipolar disorder. Her marriage eventually fell apart and she lost custody of her daughters.

In 2003, April left Texas for California. She landed in the small rural desert community of Newberry Springs and soon began living on the streets and in homeless shelters. She hid the details of her life in California and told her mother that she was working as a waitress.

In early June 2004, April ran into the wife of a man she had testified against. Fearing that she had been recognized as being a federal informant, she began making plans to leave California.

On June 22, 2004, April called her mother saying she had decided to move back to Arkansas to live with her. At the time, she was staying at her friend Chuck Hollister’s house in Newberry Springs.

On June 27, 2004, April went to visit an elderly invalid woman, for whom she was a caregiver for in Newberry Springs, to bid farewell.

On June 28, 2004, April packed her belongings and planned to board a bus to her home state of Arkansas. Her friend Chuck Hollister dropped her off at a bus station in the 30000 block of Caspian Way in Newberry Springs.

April never made it to her mother’s home in Arkansas, and hasn’t been seen or heard from since.

On July 16, 2004, her mother filed a missing persons report with the San Bernardino Sheriff’s Department when she failed to contact her.

On September 7, 2004, an employee from a Love’s Truck Stop in Roseberg, Oregon, stumbled across a tile in the bathroom wall that read “Want to find a missing girl from Arkansas? I-15, 3 miles east of Barstow.”

An extensive ground search was conducted in the area, but no sign of April was found. Authorities were unable to determine the identity of the person who left the cryptic note in the Oregon restroom.

On September 9, 2004, police received a call from a Barstow city bus driver who overheard a comment from a bus rider. The female rider reportedly heard rumors at a party of April Beth Pitzer being killed, and her body being hidden in an abandoned mineshaft in the desert.

In December 2005, police began looking into the Red Dog Mine, a mine in Ludlow, California owned by Chuck Hollister’s close friend, Dan Dansbury. Several pieces of clothing and a white suitcase were found scattered in a three-mile radius between the Red Dog and Indian Queen mines.

A mattress and sheet stained with human blood and body fluids was also recovered, but no forensic evidence could be obtained due to the scorching heat.

Chuck Hollister denied any involvement in April Beth Pitzer’s disappearance. He told police that after dropping her off at the bus stop, he was out of the state to help a friend move to Oregon. He died of cancer in September 2006.

His close friend, Dan Dansbury, also died in November 2009. On his deathbed, Dansbury denied any involvement in her disappearance case but told April’s mother that they were looking in the right place, but had not gone far enough. Other searches were later attempted but have turned up nothing.

Foul play is strongly suspected in April Beth Pitzer’s disappearance. Authorities believe that she was murdered, but her body has yet to be found.

In 2008, a memorial butterfly garden was dedicated to her at the Desert Discovery Center in Barstow, California.

The circumstances of April Beth Pitzer’s disappearance remain unclear and her case is currently classified as missing. Her case remains unsolved. 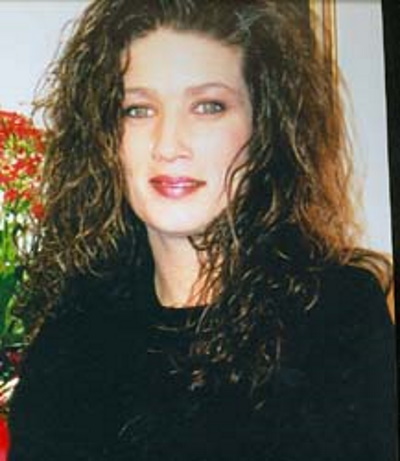 Physical Description:
Caucasian female with brown hair and hazel eyes. She is 5’9 tall and weighs 120 – 130 pounds.

Clothing and accessories:
She was last seen wearing a simple silver chain necklace, a watch with leopard print, gold hoop earrings, and sneakers or sandals. She wears size 8 or 8 1/2 shoes.