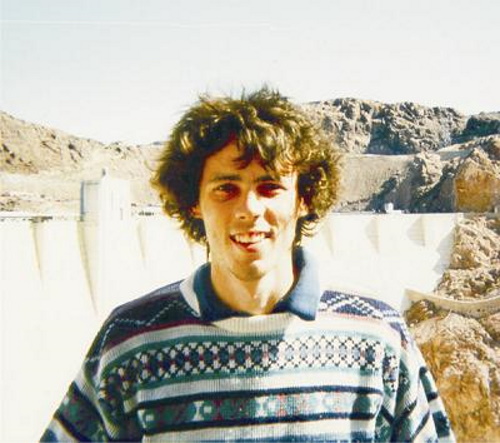 29 year old Anthony Medearis was last seen in Bismarck, Missouri on August 5, 2002. He disappeared after walking away from the residential care center where he lived.

Anthony Medearis was born in Idaho on July 24, 1973. His mother lives in Colorado, and he has relatives in the St. Louis, Missouri area.

Anthony suffers from schizophrenia and requires daily medication to control his condition, though at the time of his disappearance he had stopped taking his medicine as directed.

At the time of his disappearance, Anthony lived at the Colonial Residential Care Center located in the 1100 block of Cedar Street in Bismark, Missouri. He was living at the care facility so he would keep taking his medication.

The staff at the center described Anthony as quiet and passive, and say he was not a danger to anyone.

Anthony Medearis was last seen at approximately 8:00 am on August 5, 2002 walking away from the Colonial Residential Care Center where he lived in Bismark, Missouri.

He said he was heading out for a walk in town, but Anthony never made it back home. He hasn’t been seen or heard from since.

Anthony’s mother does not believe he had any money with him when he disappeared. She’s worried he ran into foul play, saying he would always contact her when he needed money.

He was a chain smoker, but was not carrying any cigarettes with him when he went missing, nor any changes of clothing.

Bismarck Police say there have only been a few tips in his case over the years, and none that have amounted to any clues to his whereabouts.

In December of 2007 there was a potential sighting of Anthony in Alaska, but the sighting was never verified.

The location of Anthony Medearis, and circumstances surrounding his disappearance, remains unknown. His case is classified as an endangered missing adult and remains unsolved. 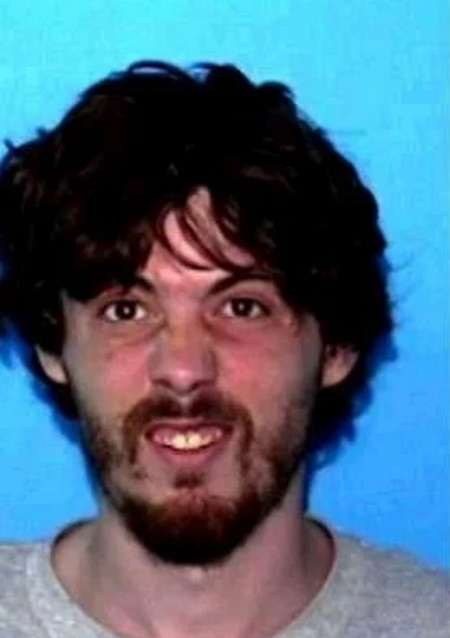 White male born on July 24, 1973. Anthony has brown curly hair, brown eyes, stands 5’9 and weighs 165 pounds. He sometimes wears a patch over his left eye and has a scar on his abdomen.

If you have any information regarding the disappearance of Anthony Medearis please contact the Bismarck Police Department at (573) 431-3131. 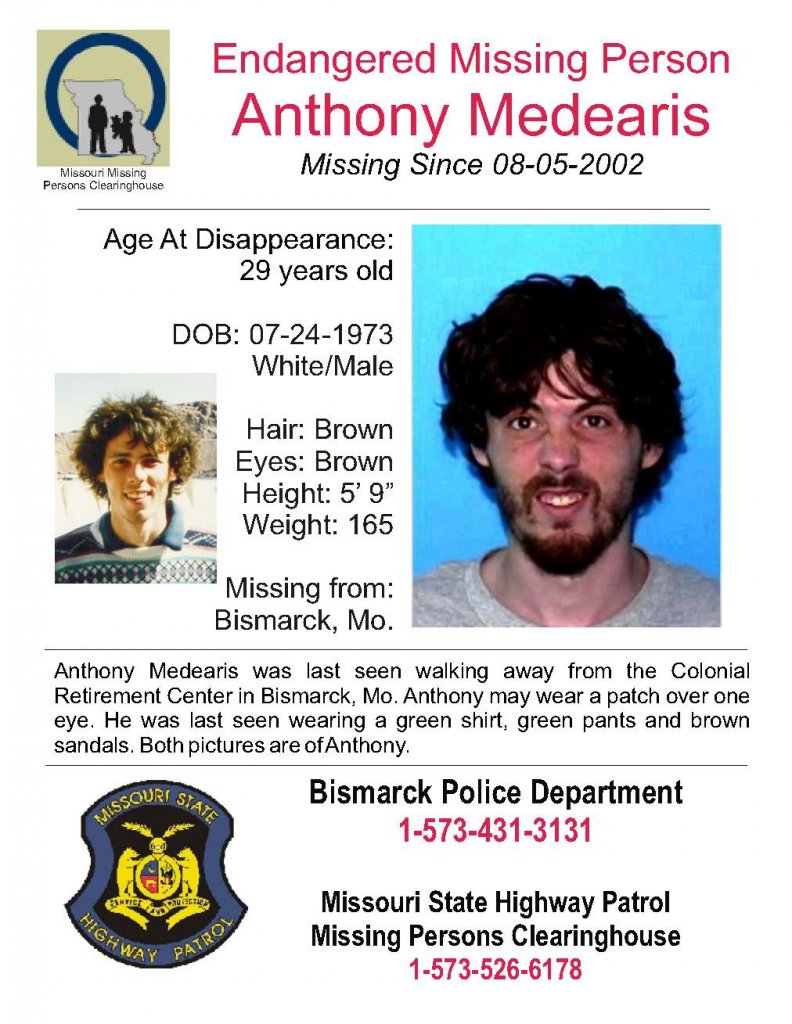