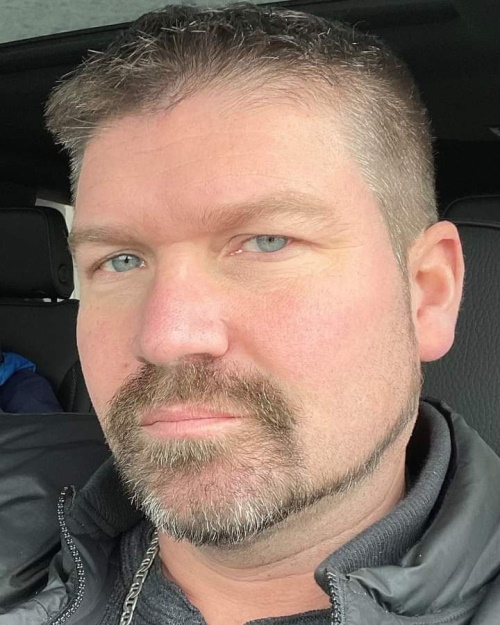 41 year old Anson Snowdeal was last seen in Ellsworth, Maine on February 9, 2022. He disappeared after leaving his mother’s residence on foot, leaving his wallet and cell phone behind.

At the time of his disappearance Anson Snowdeal lived in Ellsworth, Maine with his wife and children. He’s described as a loving person who gave all to his children. He worked in construction and has a twin brother.

On February 9, 2022, Anson Snowdeal was seen at Josie’s Country Store and Cafe on Surry Road in Ellsworth, Maine.

Later that evening he visited his mother’s apartment on Water Street in Ellsworth. He was last seen leaving her residence on foot around 2:00 am, leaving his wallet and cell phone behind. Anson hasn’t been seen or heard from since.

Anson’s Apple Tag last pinged to Red Bridge Road in Ellsworth. He lives in Sullivan and may be in the Surry or Blue Hill area. He has a twin brother.

Several searches were conducted after Anson disappeared, but no clues as to his whereabouts were found.

Some of the reported sightings of Anson have turned out to be his twin brother.

On April 16, 2022, a silent auction was held at the Sullivan Rec Center to benefit Anson’s wife and children.

In April 2022 authorities announced that Anson was the subject of a criminal investigation regarding a business deal made in 2021. The Ellsworth Police Department issued a complaint and obtained an arrest warrant on February 14, 2022, alleging theft and home repair fraud.

Investigators state Anson was aware of the charges at the time of his disappearance, and that they had been in contact with him trying to get the matter resolved.

In May 2022 Anson’s twin brother was charged with stealing his brother’s tools. The charges were dropped in June after investigators found text messages from Anson asking his brother to take the tools.

The location of Anson Snowdeal, and circumstances surrounding his disappearance, remains unknown. His case is currently classified as missing and remains unsolved.

White male with brown hair and blue eyes. He stands 6′ tall and weighs approximately 185 pounds. At the time of his disappearance his hair was close cropped and partially shaved.

Anson has several tattoos; a tiger with cubs on his back, a phoenix on his right forearm, and puzzle pieces with “different not less” on his left forearm.

If you have any information regarding the disappearance of Anson Snowdeal please contact the Maine State Police at (207) 973-3700 extension 9.

There is a $4,000 reward being offered for information leading to Anson’s location.