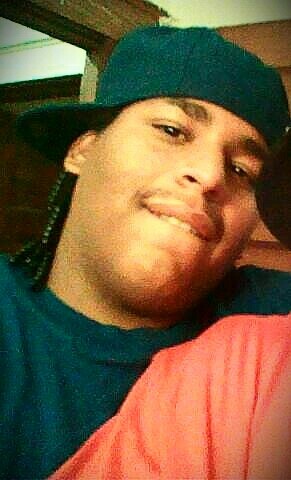 19 year old Angel Garcia was last seen on October 21, 2011 in Hartford, Connecticut, riding his red Honda dirt bike with a large “Geico” logo on the side.

On Friday October 21, 2011, Angel called a friend, and took off on his bike after they decided to take their bikes out for a ride. They went off onto the homemade trails located on the eastern border of the Connecticut river in east Hartford.

According to his friend they got separated while out on the trails. Angel never made it home, and he hasn’t been seen or heard from since.

There’s been no activity on Angel Garcia’s cell phone or bank records since he went missing, and there has been no contact made to his parents, family or friends.

Searches have been conducted in the area where he was last seen, and an ongoing investigation is taking place. His dirt bike, a red Honda with a “Geico” logo on the side, has never been located.

Angel was 19 years old when he disappeared in October, 2011. His date of birth is March 5, 1992. He is a Hispanic male with brown hair (usually pulled back in a ponytail) and and brown eyes, standing 5’10 and weighing approximately 180 pounds.

His ears are pierced and he was last seen wearing a grey hooded sweatshirt, blue jeans and black sneakers with a red design.

According to his loved ones, it’s uncharacteristic of Angel to go missing without contacting them. His case remains unsolved.

If you have any information regarding Angel Garcia’s disappearance, no matter how small it may seem, please contact the Hartford Police Department at (860) 757- 4242, or Detective Ivys Arroyo at (860) 757-4236.