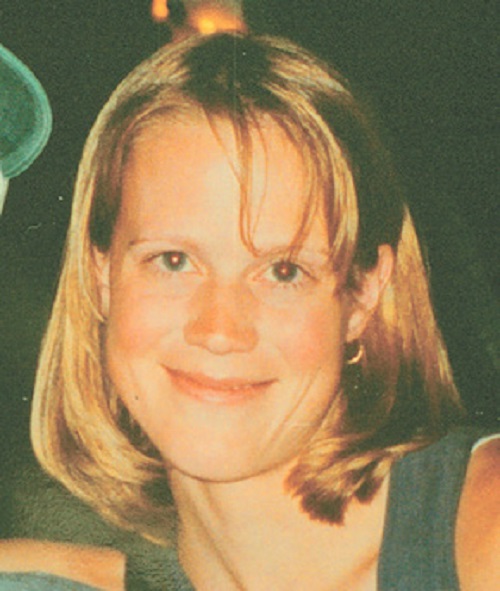 She disappeared while jogging in the Wind River Mountains of the Shoshone National Forest, approximately 15 miles south of Lander.

Amy Wroe Bechtel was born on August 4, 1972 in Santa Barbara, California to parents Duane and JoAnne Wroe. Amy is the youngest of four siblings, and the family moved to Jackson, Wyoming, where she grew up.

Amy graduated from the University of Wyoming in Laramie in 1995 with a degree in exercise physiology. She was captain of the UW cross-country and track team, and would continue to compete in both regional and national competitions after college.

Amy met her husband, Steve Bechtel, during college in December 1991, and they got married in 1996 after living together for three years.

In January of 1996, they moved to Lander, Wyoming because its rugged terrain made it a perfect place for cross country and rock climbing. The couple bought a house three days before her disappearance.

On the morning of July 24, 1997, Amy left home around 9:30 am and told her husband Steve she would be running several errands in town after finishing her shift at Wind River Fitness Center.

Around 2:30 pm, Amy stopped in at Camera Connection in downtown Lander, a local photo shop. She asked the shop’s owner about several photographs she planned to submit to the Sinks Canyon Photo Contest. She seemed as if she was in a hurry, repeatedly looking at her watch during their conversation.

Around 4:30 pm, Steve returned home to find their house empty after having spent the afternoon with a friend. Amy never made it back home, and has never been heard from again.

Steve reported his wife missing to the Fremont County Sheriff’s office at 10:30 pm that evening.

On the morning of July 25, 1997, Amy Bechtel’s white Toyota Tercel wagon was found abandoned on the Burnt Gulch Road turnoff, up in the Wind River Mountains near Shoshone National Park.

The car was unlocked, and the keys were found under her to-do list sitting next to her sunglasses on the seat of the vehicle, but her green Eagle Creek wallet was missing.

Authorities believed that Bechtel drove to the Shoshone National Forest after leaving the photo shop to prepare for an upcoming 10 km hill climb sponsored by the fitness club and scheduled for September 7th.

A couple who were driving along Loop Road witnessed a blonde woman running toward Burnt Gulch near Frye Lake around 5 pm the day she went missing. She was described as wearing black shorts similar to those Amy had worn earlier that day, with a light-colored singlet tank top and a fanny pack.

Investigators didn’t initially suspect foul play, and believed Amy Bechtel had fallen victim to the elementsm or potentially been attacked by a bear or mountain lion.

Investigators interviewed Amy’s husband Steve who provided an alibi for the time of his wife’s disappearance. It was corroborated by a friend, who confirmed they had spent the afternoon rock climbing together near Dubois, 70 miles from Lander.

During a search of their home, authorities uncovered several journals of Steve’s from high school that included song lyrics and poems seemingly describing violence, power and death.

On August 1, 1997, Steve cut short an interview with the FBI after an agent claiming to have evidence proving the murder, accused him of killing his wife. He refused to submit to a polygraph test, but authorities stated that he was not a central suspect in the case.

Dale Wayne Eaton had also been named a suspect in Amy’s disappearance. He was convicted of the kidnapping, rape and murder of Lisa Marie Kimmell in the Lil’ Miss case.

His brother told investigators that Eaton was in the Lander area at the time Amy Wroe Bechtel vanished. He had reportedly been camping in the Burnt Gulch area, where Amy’s car was found.

Eaton refused to discuss the case, and has not been charged in connection to her disappearance. His death sentence was been overturned by a district judge, and he has been serving a life sentence in prison since November 2014.

In June 2003, a watch similar to the one Amy owned was found by a hiker in the middle fork of the Popo Agie River. Police have not been able to determine if the watch indeed belonged to her

She has never been located, and was declared dead in absentia by her husband in 2004. Steve Bechtel has since remarried with two children and still lives in Lander.

The circumstances of Amy Wroe Bechtel’s disappearance remain unclear, and her case is currently classified as endangered and missing. Her case remains unsolved. 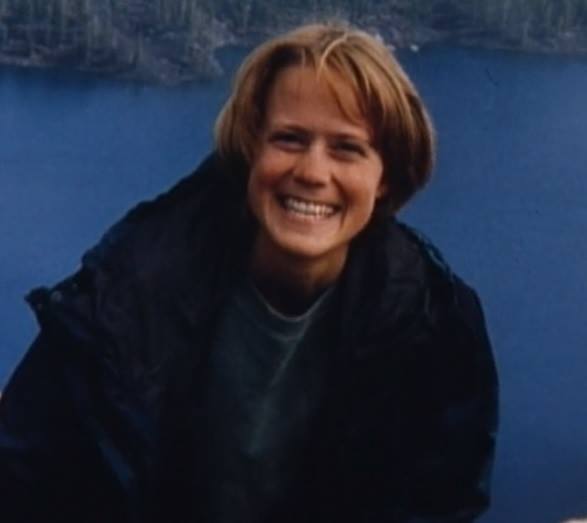 Distinctive Physical Features:
Amy has pierced ears and has scars on both legs, shins, and knees. A checker shaped scar on her lower back, and a half inch by 2 inch scar on cheek

If you have any information regarding the disappearance of Amy Bechtel please contact the Fremont County Sheriff’s Office (307) 332-5611 or call Crimestoppers at (800) 442-8477.