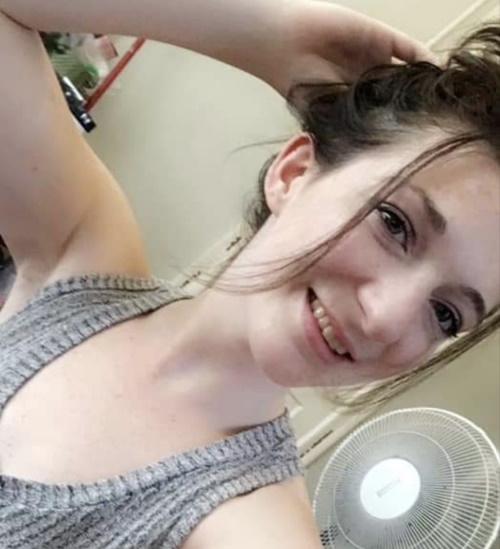 At the time of her disappearance, Amanda was staying at a friend’s house on Birch Street. In the early morning hours she left the residence and vanished, leaving her purse, cell phone and other belongings behind.

She hasn’t been seen or heard from since.

In mid March Amanda left the Nashua hotel she had been staying at, and brought two backpacks of clothes, her purse and phone to a friend’s apartment on 18 Birch Street in Derry to stay the night.

That evening she stayed up late with three or four others who were also staying at the apartment, and stayed up when everyone else went to bed for the night.

When one of them woke in the early morning hours Amanda was gone. Her purse, cell phone and other belongings were all left behind in the apartment.

Two days later they contacted a family member who then reported her missing to the police.

On Amanda’s cell phone authorities found text messages to an unknown person in which she discussed her desire to move to Salem.

They said the messages were brief, and that they don’t know what her destination was in Salem, but that she seemed to be considering staying there rather than Derry.

Police tried to trace the number but it led to a prepaid burner phone.

Searches using K9 units were conducted in the wooded areas near the Birch Street apartment, but came up empty.

On March 26, nine days after she disappeared, Amanda’s social security card was located on the ground outside Elliot hospital.

According to authorities Amanda has been known to frequent Nashua, Salem, Manchester and Hooksett, and has a history of substance abuse. She does not own or have access to a car.

Her family believes she was a victim of foul play, and says it’s uncharacteristic of her to go missing without making contact with them. She had never gone more than a week without contacting at least one family member in the past.

Police have been exploring the possibility of foul play from the the start, but have yet to find any evidence to support the theory.

The circumstances regarding Amanda’s disappearance remain unclear, and detectives continue to investigate the situation as a missing person case. Her case remains unsolved. 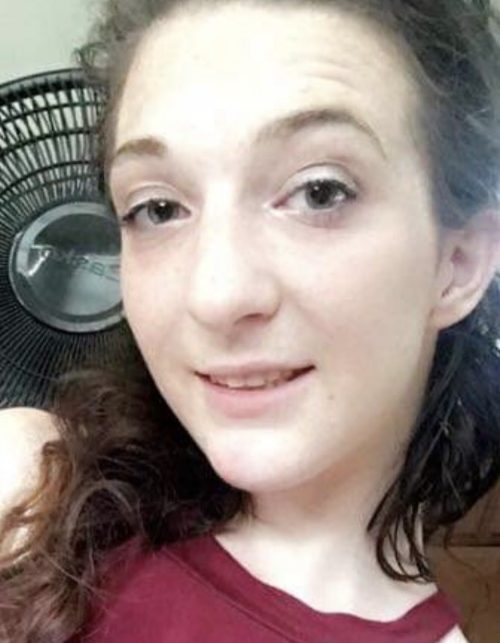 Amanda has several tattoos; large butterflies on her right hip, a small heart under her left breast, and a peace sign with a tree on the back of her neck. 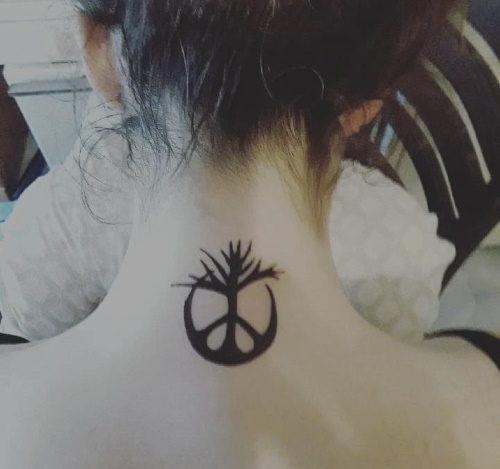 If you have any information regarding the disappearance of Amanda Grazewski please contact the Derry Police Department at (603) 432-6111.

A $1,000 reward is being offered by Amanda’s family members for information leading to her location. 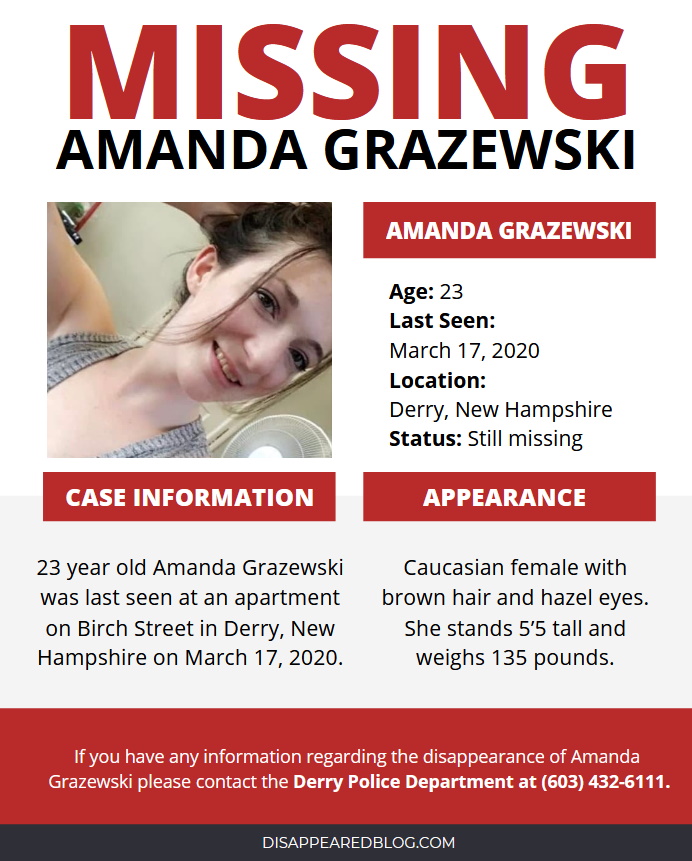