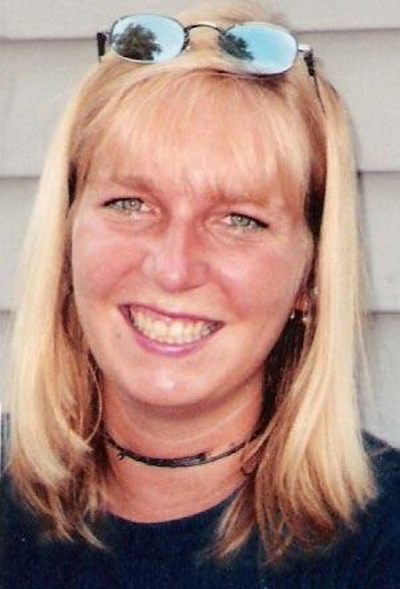 She disappeared after leaving the Junction Billiards Sports Bar where she spent the night drinking with a friend.

Foy was a dance teacher at her father’s dance studio “Lets Make Music and Dance” in Glen Head, New York. She was also a gymnastics coach at MATTS kids Gym in Syosset.

She married Michael Foy, and they had two daughters together. The family later moved to Wilmington, North Carolina.

At the time of her disappearance, Foy was employed at the Holiday Inn, a local hotel where she had been recently promoted to Assistant General Manager.

On the evening of July 29, 2006, Foy left work to meet a friend at Junction Billiards Sports Bar, a bar and pool hall on Carolina Beach Road in Wilmington, to celebrate her recent promotion at work.

The two friends spent the night drinking a couple glasses of wine. When she was ready to leave the bartender called a cab for her because she didn’t want to drive after drinking that night.

The cab driver showed up at the pub around 2:00 am, and she got into the cab with him. Foy never returned home and has not been heard from again.

On July 30, 2006, Foy’s husband reported her as a missing person to the Wilmington Police Department when she failed to show up at work.

Her car was found at the Junction Billiards Sports Bar’s parking lot. Her bank account and phone record show no activity since her disappearance.

Foul play wasn’t initially considered in Allison Jackson Foy’s disappearance. Police discovered that she was struggling with drugs and money at the time, and thought she might have decided to walk away from her life.

Days after Foy went missing her husband cut off service to her cell phone. He told investigators that he was at home with the kids at the time, and that it had nothing to do with her disappearance

On April 26, 2008, a passerby discovered two sets of human remains in a narrow strip of woods behind a shuttered Mexican restaurant in the 3500 block of Carolina Beach Road.

On August 12, 2008, 42-years-old Angela Nobles Rothen from Hanover Country was positively identified. The mother of one had been missing since June 10, 2017.

On September 10, 2008, a DNA test positively confirmed the other remains as belonging to Allison Jackson Foy.

Police believe that both women, who disappeared at different times but found within feet of each other, might be the victims of a serial killer.

An autopsy report showed that Foy died of multiple stab wounds in the front and back of her body. Holes in her shirt indicated more than forty stab wounds.

Rothen had broken bones in her skull and body, but the apparent cause of death was a knife wound to the neck.

47-year-old Timothy Craig Iannone was a cab driver from Wilmington, North Carolina. He would give his cellphone number out to local bars, restaurants, and pubs to encourage people to call him if they needed a cab.

On August 27, 2007, Iannone was charged with first degree rape and kidnapping of a local sex worker with a deadly weapon, just two months after Angela Nobles Rothen’s disappearance.

In November 2007, Iannone pleaded guilty to a reduced charge of committing crimes against nature with a prostitute. He was sentenced to 36 months on supervised probation.

Investigators learnt from a prostitute that Iannone allegedly assaulted her in an area within a block of where the skeletal bones were recovered. Iannone also lived just around the corner from the pub where Foy was last seen.

Police searched his home and car in the Monkey Junction area in June 2008. Investigators found nothing to link Iannone to the homicides, and he was subsequently cleared of being suspect in the murder of the two women.

Iannone denied any involvement in Foy or Rothen’s death. He has not been charged or named a suspect in the disappearance of either woman.

In November 2021 Iannone was charged with First Degree Rape in connection to a 1996 case after DNA connected him to the case.

Currently, police will not confirm or deny whether Iannone is still a suspect in Foy’s murder.

The circumstances of Allison Jackson Foy’s disappearance remain unclear and her case is currently classified as a homicide case. The investigation into her murder is still open and active.

If you have any information regarding the disappearance of Allison Jackson Foy please contact the Wilmington Police Department at (910) 343-3620.