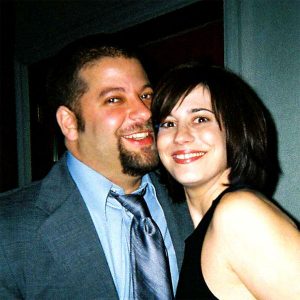 Adventures With Purpose, a Search & Recovery Dive Team dedicated to helping families of missing loved ones, has confirmed they are working on the case of Danielle Imbo & Richard Petrone.

Imbo & Petrone were last seen leaving Abilene’s bar on South Street in Philadelphia on February 19, 2005. They had been hanging out with friends that night, and before leaving told them they were going to head back to Danielle’s house in Mount Laurel, New Jersey.

They disappeared along with Petrone’s truck, a black and silver four door 2001 Dodge Dakota truck with the Pennsylvania license plate number YFH-2319.

Both Petrone and Imbo have one child each. Loved ones state that they would not voluntarily abandon their families. At the time of her disappearance Danielle Imbo was in the process of separating from her husband, who has been questioned numerous times but has not been named a suspect.

If you have any information regarding the disappearance of Danielle Imbo & Richard Petrone please contact the Philadelphia Police Department at (215) 686-3013.

Adventures With Purpose has helped solve 20 missing persons cases since 2019, and made headlines earlier this week after finding a human remains that likely belong to James Amabile, a man whose been missing since December 2003. They made the announcement after finding a car submerged with human remains inside in Darby Creek, located in Ridley Township, Pennsylvania.